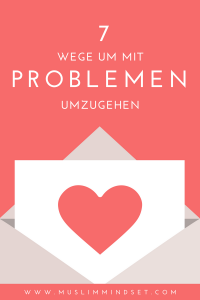 Our heart is the driving force for our bodies. When our heart is content, happy and filled with hope, life moves smoothly. However, trials are a part and parcel of life. Some of these trials make us distressed, anxious and when they persist for a long time, we can end up being hopeless and depressed at the situation. Our heart becomes gloomy and questions begin to swarm our minds:

Why are my prayers not being accepted?

What sin have I committed to suffer such a trial?

When will the help of Allah

Before we begin with any advice on how to ward off hopelessness during trials, let us remind ourselves of the purpose of our creation. Allah

mentions in the Qur’an:

and earn rewards in this life and the next. Allah

“And We will surely test you with something of fear and hunger and a loss of wealth and lives and fruits, but give good tidings to the patient.” [Qur’an: Chapter 2, Verse 155]

Himself declares the forthcoming of good news to those who do so. But many a time, despite our efforts to be patient, clouds of hopelessness begin to shadow our hearts. Let’s go through a few points that will, in sha Allah, help us bear trials with patience and keep our heart and spirit positive when we are surrounded by negativity.

1. Believe in your heart that Allah

Once I came across a patient who was requesting her doctor to prescribe anti-depressants for her as she was going through a stressful phase in life. The doctor, knowing the harm of such medicines, counseled the lady instead. The doctor’s beautiful words still echo in my mind. He said, “Despite believing in the Qadr of Allah

, the reason depression encircles us in stressful situations is because we say with our tongues that everything will be fine, in sha Allah, but we do not truly believe it in our hearts.”

Imagine if your mother promises you that she will make things right for you, you will trust her because you know your mother will not leave any leaf unturned to bring goodness to you. Then how is it that we do not believe in the promise of our Lord, who loves us seventy times more than our mothers? He promises us in His Book, not once but twice,

2. Do your part then seek Allah’s

In the same Surah (Ash-Sharh), Allah

goes on to say,

“So when you have finished your duties, then stand up for worship and turn your hopes to Him.” [Qur’an: Chapter 94, Verses 7-8]

We get so preoccupied with our problems, that we let worry take us over, resulting in disturbed sleep, poor health, abandoned duties and worship, and gradual isolation of ourselves from others. But in this surah, Allah

is asking us first to fulfill our responsibilities (even in times of trial) and then worship Him, turning all hopes towards Him. Instead of over-thinking about our problems, we must occupy ourselves in rectifying our relationship with the One who can solve them. We must redirect our hopes from feeble humans to the All-Powerful Lord. When Al-Fattah (The Opener) opens His gates of bounty for you, then who is it that can withhold it from you? Trials are a blessing as they act as a driving force in drawing us closer to Allah

. The security and peace one feels upon establishing the connection with Allah

cannot be described in words. As Allah

“And whoever fears Allah – He will make for him a way out. And will provide for him from where he does not expect. And whoever relies upon Allah – then He is sufficient for him.” [Qur’an: Chapter 65, Verses 2-3]

In a lecture, Mufti Menk explained, “If you sit in a car without driving and you keep making dua to Allah

to make you reach a particular destination, your dua will not benefit you in the true sense. When Allah

gave you the capacity to move about, and the blessing of knowledge and facilitated for you luxuries, then you are supposed to take some action and then pray to Allah

to ease it for you.”

3. Have good thoughts of Allah

In a hadith qudsi, Allah

“I am as My servant thinks (expects) I am.” [Sahih al-Bukhari]

This means ‘I am able to do whatever he expects I will do’.

My cousin brother’s life turned upside down, when happiness had knocked his door and left before he could truly welcome it. He was blessed with a healthy baby boy, who died within a week due to some illness. My cousin, being a man of taqwa, bore this trial with utmost patience, and only had good thoughts of Allah

. His mother used to comfort him saying that Allah

never wishes bad for His believers, and will, in sha Allah grant him more sons. In the next pregnancy, his wife gave birth to completely healthy triplet boys,  ma sha Allah. So beautiful was his reward of patience.

. How great must have been his patience that he bore 17 years of illness with faith and gratitude? And henceforth, Allah

rewarded him by returning him all that he had lost of health, wealth, and family.

Sometimes the trial may be a blessing in disguise as Allah

Remind yourself of those times when you eventually realized that blessings do come disguised as trials.

A beautiful example of this can be seen in the love of parents. Every time a toddler puts a dirty thing in his mouth, they snatch it away from him, leaving him hurt and crying. Though they love him, their concern for the safety of their child makes them withhold things from him. To the child, it seems almost cruel that his parents would take away something he desires so much. However, he is unaware that his parents’ actions are for his own benefit. In the same way, we may not understand why Allah

gives us a certain trial – but He knows what good will come of it. So always think good of Allah

4. Develop a positive attitude towards trials

Recently, a story of a crippled family gained much attention in the media. The father, a poor old man, relayed the story of his five children who were born healthy, but as they grew up, suffered slow crippling, one by one, due to a genetic disease. The old mother and father were responsible for taking care of these children ages 7 to 15, who behaved like 2 year olds. What touched my heart in his interview was his outlook towards his problem. Though he was badly struggling in terms of funds and domestic help to look after his crippled children, on being asked if he was saddened by his fate, he said, “Maybe God didn’t trust anyone other than me to take care of these beautiful helpless children.”

Can we compare the problems of our life with his great trial? We must constantly remind ourselves that there is someone out there facing a greater trial than ours. As the old saying goes, “I was feeling sad for having no shoes, until I saw a man with no feet”.

The Messenger of Allah

gave us advice for when we have financial troubles:

5. Deal with your guilt

If the guilt of a sin is killing you on the inside, and you are overwhelmed by the feeling that you are being punished for your sins, then know that Allah

’s Mercy is greater. He

mentions constantly in the Qur’an,

“But those who committed misdeeds and then repented after them and believed – indeed your Lord, thereafter, is Forgiving and Merciful.” [Qur’an: Chapter 7, Verse 153]

So we should continuously repent to Allah

wards off the punishment for our sins.

Also, the Messenger of Allah

“Have taqwa (fear) of Allah wherever you may be, and follow up a bad deed with a good deed which will wipe it out, and behave well towards the people” [40 Hadith an-Nawawi]

Make a habit of following up a bad deed with a good deed, like a heartfelt apology to make up for the damage that happened, or increasing voluntary deeds.

6. Do not underestimate dua

Just like WhatsApp, if we could see blue ticks every time Allah

heard our duas, how amazing would that be? But we don’t even need that, because more amazing is the promise of Allah

“And when My servants ask you, [O Muhammad], concerning Me, indeed I am near. I respond to the invocation of the supplicant when he calls upon Me.” [Qur’an: Chapter 2, Verse 186]

The most amazing part about this ayah is that Allah

did not say, “when my pious servant calls upon Me”, He

just says – ‘supplicant’, which could be anyone. Allah

will respond to the supplication of anyone without the need of a mediator. So sit in a quiet place, raise your hands and talk to Allah

– He is the One who knows you the best, the One to whom you can complain, the One who can rectify any situations for you.

has promised that Allah

responds to our duas in three ways. He

“There is no Muslim who calls upon his Lord with a dua in which there is no sin or severing of family ties, but Allah

will give him one of three things: either He

will answer his prayer quickly, or He

will store (the reward for) it in the Hereafter, or He

will divert an equivalent evil away from him.” [Jami’ at-Tirmidhi]

7. Remind yourself: we belong to the Hereafter

Each one of us can bear witness that a thing we had longed for since a long time, once we achieve it, it loses its worth and novelty after a while. That is a part of innate human nature. The hearts of the believers, and all human beings, cannot attain eternal happiness in this life. You cannot eat the same kind of meal continuously for more than a few days, even if it is your favorite meal. Out of boredom, the followers of Prophet Musa

were willing to change the decadent meal of quails to the ordinary meal of lentils and onions. That is the reason Allah

created heaven for us, wherein even similar-looking fruits will have a different taste every time we eat them. A place where our every new desire will be fulfilled. When we start considering this life to be a journey towards the eternal Paradise, and its trials as hurdles of this journey, the hope for the pleasures of Paradise will act as a barrier for hopelessness to come into our lives. The Messenger of Allah

So there will be a time very soon, where the trials of this life will seem like nothing in comparison to pleasures of Paradise in sha Allah.

These are a few points we must keep in our mind when going through a tough phase in life so that we pass through it without hopelessness or ungratefulness creeping into our hearts. Allah

has promised in the Qur’an, for those who patiently endure their trials,

“Those will be given their reward twice for what they patiently endured,” [Qur’an: Chapter 28, Verse 54]

I pray to Allah

to ease the trials of those who are suffering and to protect us from trials and when a trial befalls us, grant us patience to endure it with gratefulness, Ameen!

What are your tips on maintaining a positive heart during tough situations? Share them with us below to benefit others.

END_OF_DOCUMENT_TOKEN_TO_BE_REPLACED 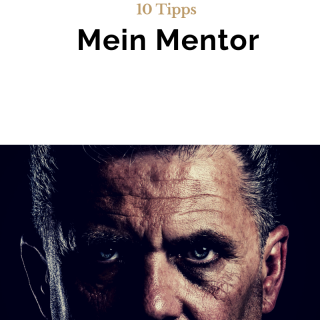 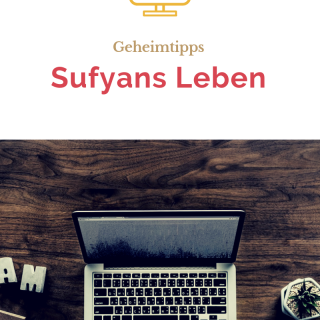 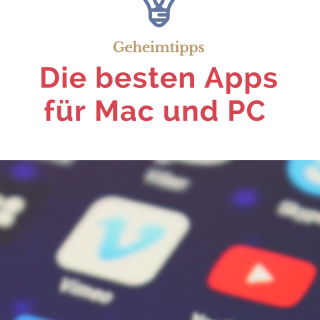 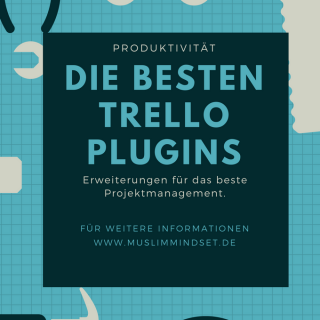 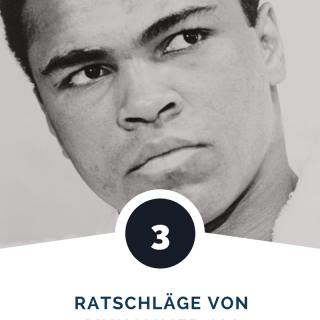 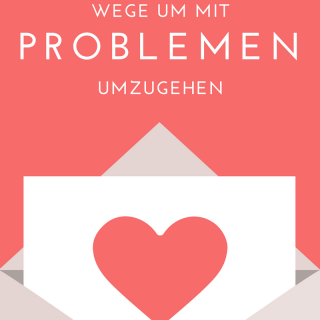